Mission: To provide Portage County youth opportunities for personal growth and to encourage the positive development of youth, families and communities.

Members: 4-H members participate in a club and enroll in projects. They keep records of their project work, give demonstrations and talks, attend project training and exhibit their work at the Amherst and Rosholt Fairs. They may also attend camps and workshops, take part in other community development work, exhibit at the state fair, participate in trips and county contests, and get involved in youth development activities.

History of  4-H in Portage County

The 4-H movement in Portage County was started by Harrison R. Noble in 1923, when he was the County Agricultural agent.  The seeds of 4-H were planted in 1923 when Mr. Noble distributed soybean seed to 300 Portage County school children for planting in their home gardens.

In 1924, alfalfa seeds were made available to more than 300 farm boys and girls through the rural schools.  Each agreed to lime the soil and grow a small plot of alfalfa.  The alfalfa seed was given out in small quantities just to show it could be grown on farms where it had never been tried.  It is the staple hay crop here now, but at that time few had grown it and many were not convinced that it could be grown.

By 1925, the county had 425 4-H members.  Demonstration teams were organized to represent the county. The 4-H movement is credited with introducing bacon hog production to Portage County in the 1920s.  Through pig clubs, grade and purebred Yorkshire gilts were placed in the hands of boys and girls, and purebred boars and sows were also brought in.

To put a little fun in the movement, a two-day campout for 4-H members and leaders was held in 1926 on the shore of Lake Emily. That was also the year it was learned the annual fair in Stevens Point would be held no more.  The Portage County Board then recognized the Rosholt Free Community Fair as the official county fair, and it has been the county’s official 4-H fair ever since.

Mr. Noble was succeeded as County Agent in 1944 by M. P. Pinkerton, who served until 1973 and was followed by David Ankley.  Mr. Pinkerton brought in the county’s first 4-H Club Agent, Lawrence Babka, in 1951.  Succeeding Mr. Babka were Arthur Brehm, Glenn D. Barquest, Leonard R. Luce, Davis L. Nelson and Harvey G. Hanson.  Mr. Hanson was killed in a car accident in 1966 and a 4-H Scholarship was established in his memory.  He was succeeded by Wayne Schroeder, who retired in July 1992, a scholarship has also been established in his name.  Mr. Schroeder was succeeded by Timothy Byer.  Connie Creighton is the current 4-H Youth Development Agent.

On the first formal slate of officers, of the 4-H Leaders Federation, in 1944, the officers were Mrs. W. O. King, president; Mrs. C. W. Rickman, vice-president; and Mae Burns, secretary, a position she held for 30 years.

The Portage County Fair was held at Amherst continuously from 1869 to 1917.  In 1950 the fair was revived, and has been an annual event.

In 1974, a committee was formed to adopt new by-laws and to construct the leaders board as we know it today.  The name of the organization was changed to The Portage County 4-H Leaders Association.

In 1977, there was an increase in participation in the Music Festival, the State 4-H Congress, the Speaking Contest, Interstate Exchange and the Style Revue. In 1978, the entries at Rosholt Fair numbered 4,630 and $4,600.00 was paid in prizes, both were records.  The number of entries exceeded those at the much larger Marshfield Fair.

From 1978 to 1988, the 4-H Program here in Portage County had changed in many ways to meet the changing needs of our youth.  Some of the new programs and events formed were the Cloverbud Program, the Ambassador Program, the County-wide Horse Program, the County Awards Program and the Ag Olympics Event.  Dairy and Livestock members become very active in Judging.  The Cake Decorating project members participated in the County Cake Revue.  Poster Contests and Dairy Promotion Activities involved several 4-H members and clubs.

Today, changes are still being made to meet the fast pace of today’s youth.  Project variety ranges from Arts and Communication to Photography to Self Determined Projects, there is something for everyone.  “4-H ain’t all cows and cookin'” anymore!  Come, take a look at us now!  Join 4-H and join the fun! 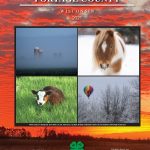 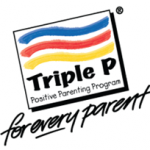 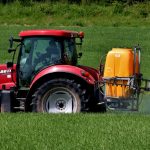